The real‑life imposters of Among Us

Have you been hearing terms like “sus” and “venting” thrown around by your kids? The language comes from the hugely popular online multiplayer game Among Us™. The game skyrocketed in late 2020 where roughly half a billion people played in November alone.

The game’s premise is simple: players run around performing simple tasks and trying to avoid other “imposter” characters trying to secretly take out the rest of the crew. The object of the game is to vote out the imposters and perform enough tasks to save the facility before the imposters pick off the other characters. Players host virtual chats where they discuss who among them seems “sus” (suspicious) before casting their vote. Among Us can be played in either public or private, invitation‑only lobbies.

So why should parents have the game on their radar?

Risks and Reports to Cypertip.ca

Cybertip.ca received its first report related to Among Us in October 2020, and since then there have been 13 additional reports, with most of them related to the game’s chat function. Seven of these reports have since been forwarded to law enforcement.

Some of the risks flagged by these reports include:

In March 2021, Among Us released two new safety updates that developer Innersloth says are intended to improve safety for younger players

Even with these new safety features, there’s still the potential for kids to simply enter a false birth date or fake parental consent to set up a full account.

How you can help your kids play Among Us safely 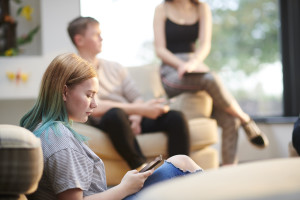 Offenders are threatening to hack or are hacking Snapchat accounts to sextort teens — how to help keep your youth safe.

How to talk with your kids about sexting

Sexting is a surprisingly common (yet risky) trend among youth today with 56% of youth reporting that they have sent a sext. Despite this, 49% of parents have… 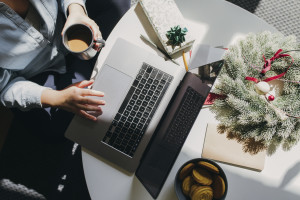 The 12 scams of the holidays

The spirit of the holidays is a time of giving for most but, for scammers, it is a time of taking. The Canadian Anti-Fraud Centre highlights the most popular…