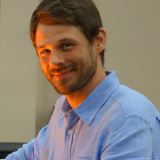 Eight in ten Canadian kids say that it’s important to say something about prejudice online so that people know it’s wrong [1]. However, almost half of youth surveyed say they sometimes decide not to push back against prejudice they see online because they’re not sure if it was just a joke or if the person really meant it.

That’s why it’s important to talk to kids about casual prejudice which is the use of words or phrases that are negative towards a particular group - and help them learn how to push back in situations where they’re not sure if the person meant to be hurtful.

Here are some tips on how to help your kids respond to casual prejudice online:

1. Teach kids to push back against prejudice without making people feel attacked

Tell kids to focus on how prejudice online makes them feel. It doesn't matter whether someone in the group being targeted is there to hear it: youth can object to prejudiced speech because it hurts them as an individual.

Whether it’s intentional or not, prejudice online hurts: seven in ten Canadian kids say that prejudice against anyone – even people they don’t know – hurts their feelings.

Encourage kids to avoid the question of whether or not the person is prejudiced. Remember that nobody’s perfect! People can have good intentions but still use a word that they don’t realize is offensive. Instead, tell kids to focus on the message: why it's not accurate, why it's hurtful, and why they don't agree with it.

Here are some phrases you can suggest to call out casual prejudice without attacking the individual:

2. Teach kids about satire and irony – and that neither are excuses for prejudice:

Younger kids often don’t understand or recognize irony, and even teenagers may have trouble distinguishing between irony (saying something you don’t mean to make a point), satire (making fun of an idea) and mockery (making fun of a person or group.)

When youth see hate or prejudice that is passed off as being “ironic” or “just a joke,” encourage them to acknowledge that it may be a joke, but they can also respond to it by telling the person that not everyone would think it’s funny.

As well, it’s important to help kids understand that if you're the target of prejudice, there's no difference between "ironic" prejudice and the real thing. It is hurtful no matter what the intention.

3. Teach kids there’s always something they can do to help:

There are going to be times when kids don’t feel comfortable pushing back, but you can make sure they know there are always things they can do to help. If they don’t want to push back directly against casual prejudice, they can always respond with a question, for example:

When you respond with a question, if the person didn't mean to say something prejudiced, they can clear it up -- and if they did mean it, they'll have to either back down or stand behind what they said.

4. Tell kids it’s okay not to respond right away

It can be hard to react right away when we see something upsetting online. Encourage kids to take a few moments to think about how they want to respond. Tell them it’s okay to press their mental "pause" button and ask themselves: “What do I think is the right thing to do?”

For more guidance on how to help kids navigate prejudice online, check out the MediaSmarts’ resources below:

For teachers and educators, check out the Lesson plan: Just a Joke? Helping youth respond to casual prejudice. 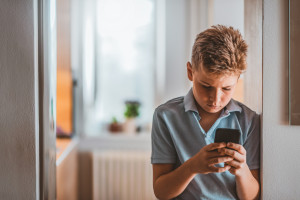