Quick guide to Twitch and Mixer 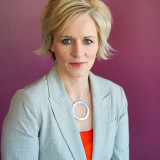 What you need to know about these popular live-stream platforms

“No one streams on Twitch anymore,” sighs my friend’s teen, rolling his eyes. “Everyone’s on Mixer. Ninja is on Mixer.” Okay, who does what where now? If you have a teen gamer in the house you may be painfully aware how quickly you can fall behind with the latest games, platforms, and personalities. So quick update, apparently you don’t just play video games anymore, you stream yourself playing them (or watch someone else do it).

Currently the two biggest websites/apps for this are Twitch and Mixer. Twitch has more than 15 million daily active users, and more people watch live streams on Twitch than anywhere else. However, Mixer got a boost last year when Ninja, an extremely popular professional gamer, switched to the platform from Twitch.

Live-stream gaming allows teens to connect with others who enjoy the same games, learn new tactics from professionals, and generally just show off their own moves. But no matter who’s streaming what, where, there are certain risks that parents should make sure they’re keeping up to date on.

What are Twitch and Mixer?

Both Twitch and Mixer are live-streaming websites and apps that focus mostly on video games – in other words, gamers can stream themselves playing Minecraft, or watch others play Fortnite.

Twitch’s newest feature is “in-real-life streaming” where users just chat in front of the camera, dance, bake, or whatever. One stream I logged onto was just four guys playing Scrabble and it had over six million total views.

Both Twitch and Mixer promote interactivity with real-time chat where video viewers can interact with the streamer and other participants. In order to register for Twitch users must be 13+, but as with most apps/platforms age verification can be bypassed by entering a false birthdate.

Mixer doesn’t ask for age verification when signing up. However on their website Mixer says children 12 and under can stream on the platform, but the account must be owned by their parent/guardian, and the parent/guardian must be on camera at all times. Users aged 13-16 can have a channel with parental consent.

What are the risks?

Numerous live-streaming platforms have come under fire due to reports of grooming on their platforms. Cybertip.ca, Canada’s national tipline for reporting online child sexual abuse and exploitation, has seen an increase in reports from victims aged eight to 10, and continue to see a rise in youth victims aged 12 to 17 years old, through live-streaming apps. The tipline has forwarded reports to law enforcement regarding both Twitch and Mixer under the category of luring. For more information on what grooming is, how it happens, and how to prevent it, visit cybertip.ca/grooming.

What can parents do?

This blog post contains links to websites owned and operated by third parties. These links are provided for your information and convenience only and are not an endorsement by the Canadian Centre for Child Protection Inc. of the content of such linked websites or third parties. Terms and conditions, ratings, features and functionality of apps change rapidly and accordingly all content within this article is provided “as is” and for general information purposes only. To learn more about the apps featured in this blog post, visit the websites related to the apps and carefully review the content made available on those websites, as well as all information provided at the time of download and thereafter.

The tips and other information provided herein is intended as general information only, not as advice. Readers should assess all information in light of their own circumstances, the age and maturity level of the child(ren) they wish to protect and any other relevant factors. 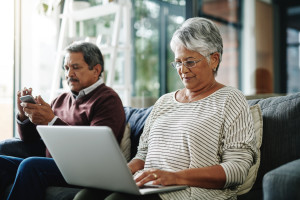 Scammers and fraudsters haven’t slowed down in 2020. In fact, with the lockdowns, fear and uncertainty associated with COVID-19, they’ve become even more…