How one school made a commitment to #EndBullying 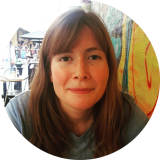 We hope it inspires you to consider how you and your school can make a difference. Plus, read on to find out how to apply for a We Rise Above grant that can help you drive positive change at your school and #EndBullying.

This past spring, Tania McPhee, an educator at Craig Kielburger Secondary School (CKSS), rallied the Youth In Action after-school club to organize a WE Rise Above assembly for more than 1,000 students from CKSS and neighbouring schools. They brought the assembly to life and engaged the entire school community by using the TELUS-funded grant they received as part of the We Rise Above award they won earlier in the year. The #EndBullying event was incredibly powerful with music, guest speakers, video, spoken word poetry, prizes and a school-wide summer challenge to be a positive presence online.

The event kicked off with the anti-bullying anthem, No More, by hip hop artist, SonReal, followed by TELUS’ very own Rap Battle for Good video. Both were shared to encourage youth to use the power of words to spread kindness and students were invited to join together in taking the TELUS Wise Digital Pledge. Using the flashlights on their phones as a visual display of their commitment, the students gathered verbally took the Pledge as part of the assembly experience.

Students also took to the stage to speak-out about online bullying and its impact, while another student performed a powerful spoken word poem about the isolation and frustration of being ignored and bullied.

Additionally, the event saw surprise appearances by WE Charity’s Co-Founder and the school’s namesake, Craig Kielburger, as well as motivational speaker, Spencer West. Spencer, who lost both of his legs in early childhood, opened up about his physical challenges and personal experiences with being bullied. He shared his inspirational story of how he turned his differences and experiences into some of the most exciting opportunities of his life. Craig, no stranger to crowds of young people, left students with some parting words and encouraged them all to continue to make an impact and do great things in the world (and online). Craig later shared on Facebook how inspired he felt by the student’s commitment to making a friendlier future: ‘It’s so fantastic to see students leading the way to end bullying.’

The assembly closed with a challenge for students: to continue to spread positivity and kindness throughout the summer. The students were encouraged to use social media for good over the break and post messages of positivity. This fall Ms. McPhee and her Youth in Action club will select a student from their school with the most positive Instagram account and award them with a pair of AirPods as a prize; McPhee really knows how to motivate 1,000 youth to take action!When it was all said and done, the real stars of the day were Ms. McPhee and her students. Their sincere passion to end bullying in their school and community truly shone through at the WE Rise Above assembly.

Feeling inspired? Get your school involved with WE Rise Above!

Craig Kielburger Secondary School is just one school and Ms. McPhee and her students are the force behind just one example of the many incredible actions that youth and teachers across the country took this year to help students rise above to help #EndBullying.Here’s how your school can get involved too, helping TELUS and WE flip the script to #EndBullying: 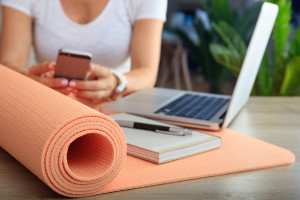 The New Year marks the start of the 2020’s. With self-care a priority for so many of us, now is the perfect time to resolve to step it up. What's the good news? 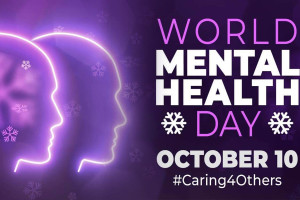 I’m an avid supporter of World Mental Health Day, which coincides with the date of Amanda’s passing, and given the sobering stats around suicide in Canada, it…