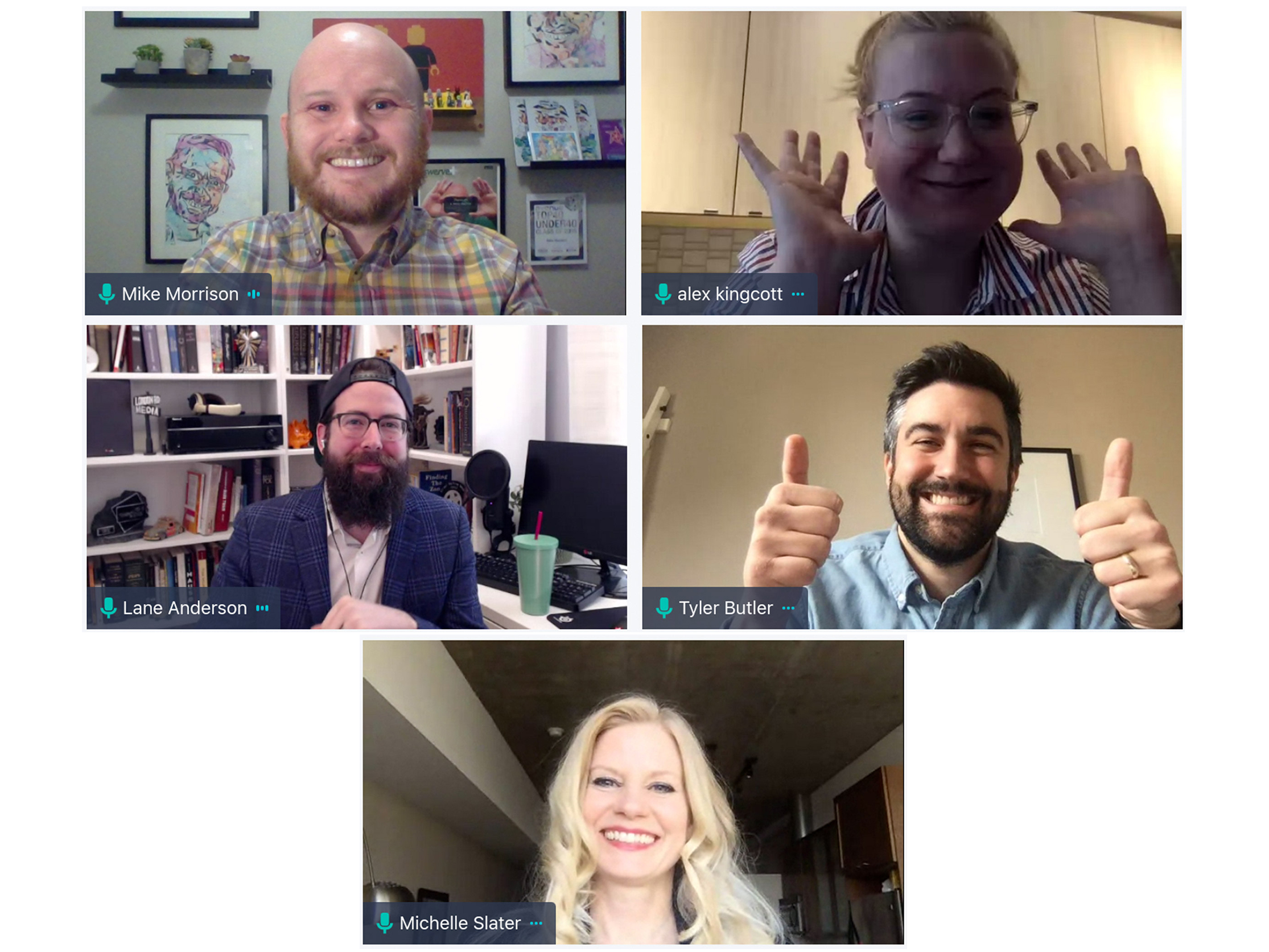 Canadian small businesses lean on each other in a virtual world

(Above) The coronavirus pandemic has caused home-based professionals and entrepreneurs across the province, and the country, to pivot their businesses online. PHOTO SUBMITTED

2020 was on track to be the best yet for SocialEast, SocialWest and SocialCentral, a trio of digital marketing conferences that bring together hundreds of Canadian small business owners and home-based professionals to learn and share the latest social media tips and tricks.

But then came the pandemic. By mid-March 2020, businesses across the country closed their offices while millions of workers were sent home as public health officials took emergency measures to limit the spread of the virus.

As so many Canadians remember, conferences were among the first casualties of social-distancing measures.

“It was heartbreaking to have a business that the government literally says can’t exist because you can no longer have public gatherings,” remembers Mike Morrison, the Halifax-based entrepreneur behind the SocialAtHome conferences.

“The first week was just “utter depression,” says Morrison. “I felt like I’d lost everything. I had to let my employee go and close my office -- all the things that I never thought would happen to me, but also happened to millions of Canadians at the same time.”

But then, like so many small business owners across the country, he got back to work.

Just two weeks later, Morrison, a TELUS partner, decided to take the business online. The first conference tackled the timely topic of  "digital marketing in a crisis” and drew nearly 600 participants. Speakers from his in-person digital marketing conferences joined the call to help people process what was happening and how they might be able to transition their business online.

It was a hit. So much so, Morrison offered another webinar the following week, discussing storytelling during the pandemic.

Along with the business advice, participants found solace in being together, knowing that others were experiencing the same anxieties, fear and sadness.

Inspired, Morrison was determined to put something more formal together -- a webinar series  talking about COVID-19 and digital marketing featuring all the speakers scheduled to headline the in-person conference events.

Called SocialAtHome, the four-week series was sponsored by TELUS in support of small business. Each week, participants logged into two one-hour sessions covering a variety of topics, including how to adopt a new online advertising strategy, creating virtual experiences and content for your customers, and developing appropriate content that moves your brand forward.

The online series was offered for free to conference attendees who had already purchased tickets to the in-person conference events. Morrison also opened the event up to a broader audience for $25 -- a ticket price he felt struck the balance between affordability (particularly those whose jobs and businesses have been furloughed or lost in the pandemic) and ensuring he could pay speakers for their time and expertise.

“That’s something I’m super proud of,” he says of the latter point. “Obviously, I have vendors at my (traditional) events that I pay, so having to pull all those contracts breaks my heart. This time, to put some money back into the economy and into people’s wallets felt really good.”

Calgary businessman Kevin Kent was among the more than 700 online conference participants -- from Canada and beyond.

Kent, a former chef, owns several retail stores across the country, including Knifewear, specializing in kitchen knives, and Kent of Inglewood, which sells men’s grooming products, axes and camp gear, among other items. 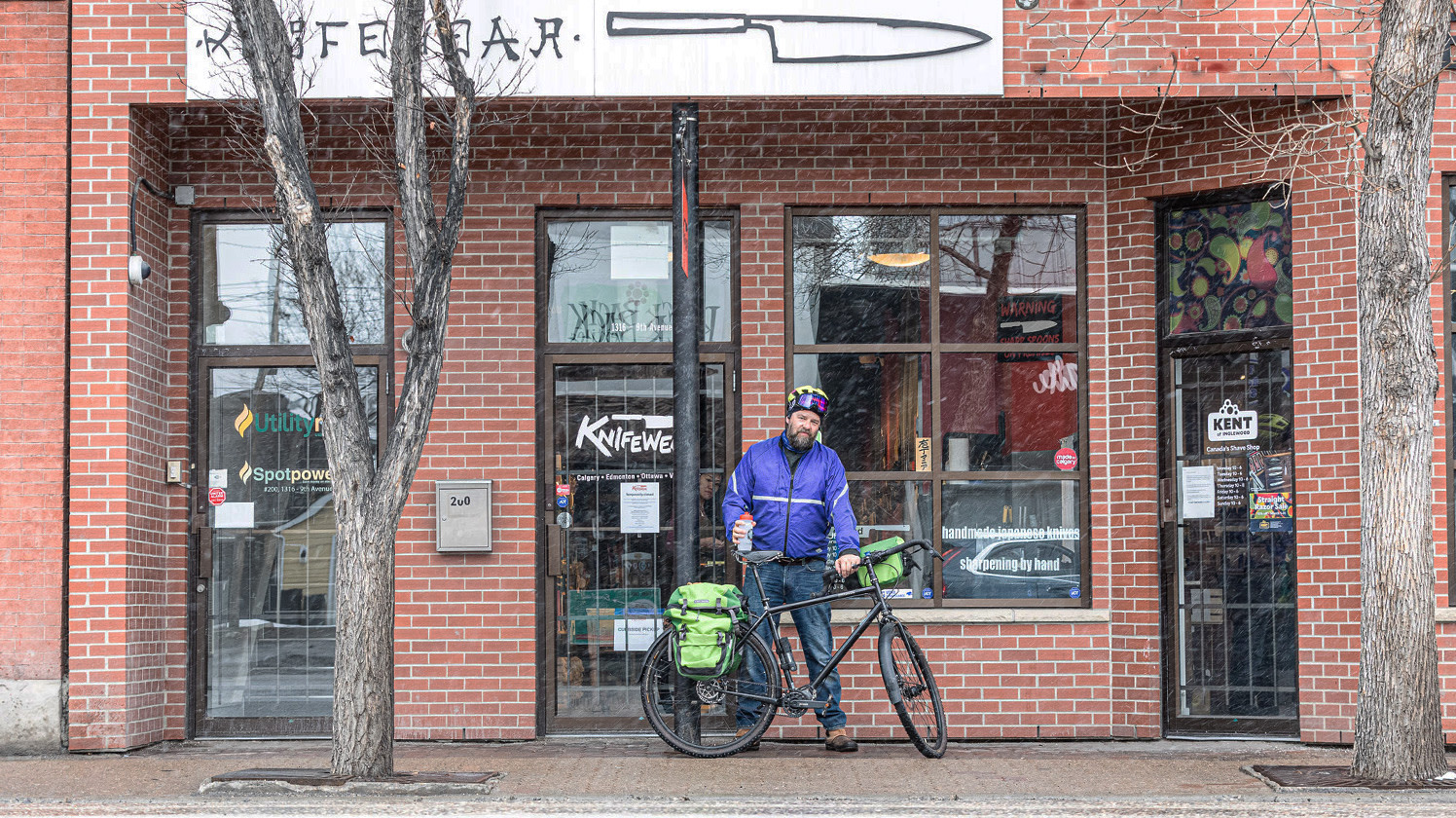 After the pandemic forced Calgary businessman Kevin Kent to temporarily close his nine retail stores, including Knifewear, specializing in Japanese-made kitchen knives, he turned into weekly SocialAtHome webinars to learn new and engaging ways to connect with loyal customers, and introduce new people to the brand. BY NEIL ZELLER PHOTOGRAPHY

Efforts to slow the spread of coronavirus has forced his bricks-and-mortar businesses to shut their doors. Though he has moved business online, he was forced to lay off 35 employees.

“It was terrible,” he says of the initial, devastating impact of the closures.

Already savvy in digital media, Kent said he joined SocialAtHome to learn new and engaging ways to stay connected to loyal customers, and introduce new people to the brand.

He found particular success on Instagram Live, where he attracted impressive virtual crowds with a quirky kitchen party, answering cooking questions while showing off his knives and a few fancy knife skills, like how to flute a mushroom.

Calgary residents may also have spotted Kent out on his bike. An early digital marketing drive saw him cycling around the city where he hand-delivered knives to the homes of customers who paid extra for the personal service. That money went to a non-profit, Fresh Roots, that ensures Calgarians in need have access to fresh fruits and vegetables.

“Our business is down, but we are quietly confident that we are going to get through this, and get our people back to the jobs they love again soon,” said Kent at the time.

Morrison shared Kent’s optimism. He was impressed with the creativity and determination of business owners who moved quickly online to find new clients and customers.

Among the most valuable takeaways that have surfaced from experts: it’s okay for businesses to ask for help to stay afloat from friends, fans and loyal customers.

“Ask them to buy something from the store, buy a gift card. It goes against what we are trained as entrepreneurs to do, but this is different. This time, it’s now or never,” says Morrison.

The pandemic also gave Morrison important insight into his own capabilities.

“The next few months are going to be really hard, but I’ve already taught myself that whatever happens, I’ll figure something out.” 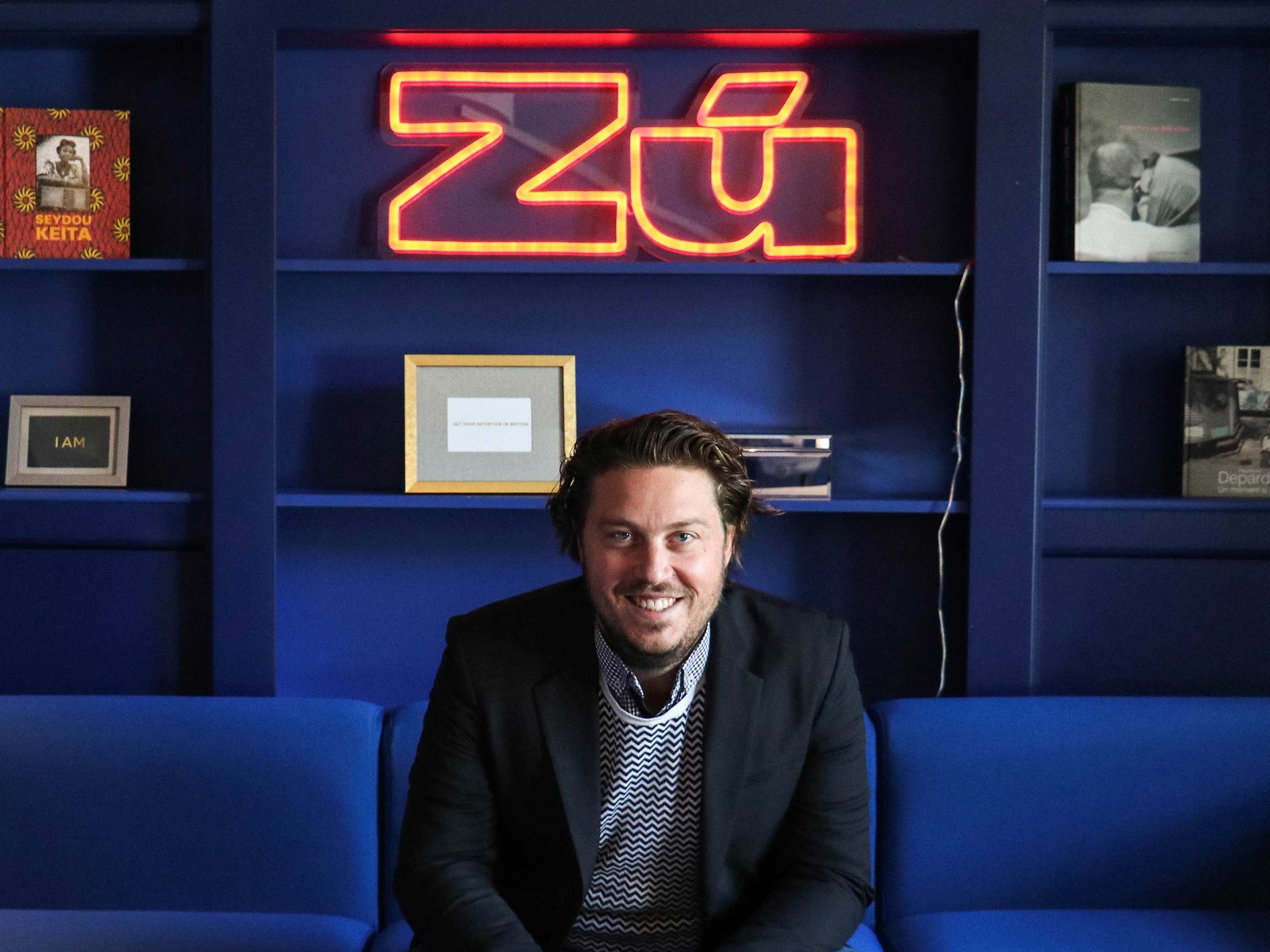 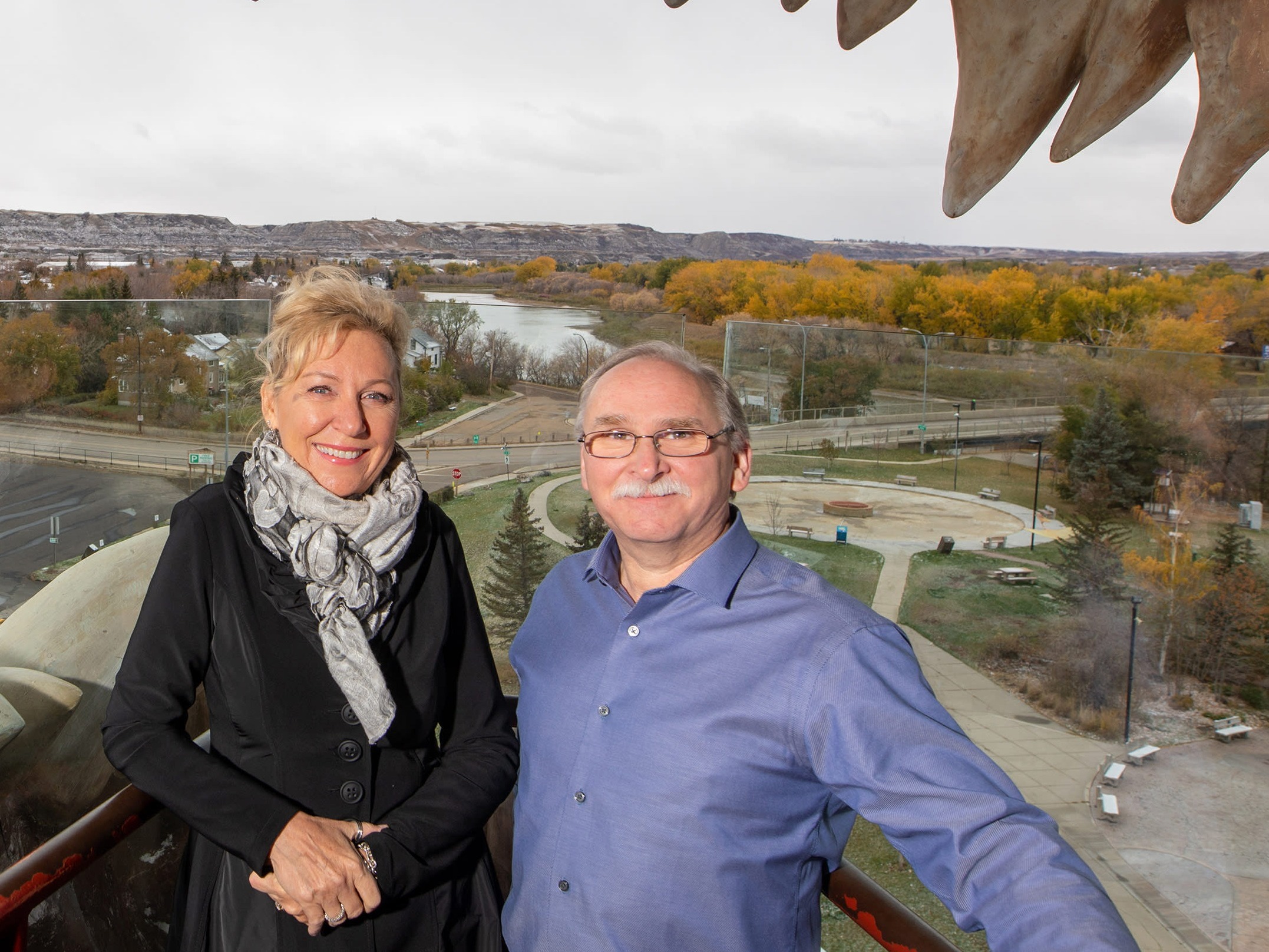 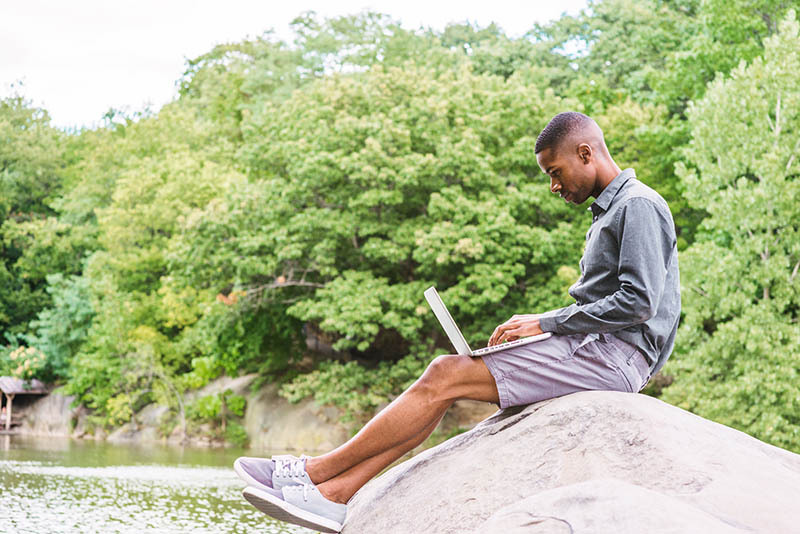