Strength through connection: How high-tech is helping an Indigenous community reclaim its ancestral language

(Above) (L-R) Elder and language mentor Violet Gellenbeck and Lucy Gagnon, treasurer of the Witsuwit’en Language and Culture Society. Gellenbeck, 82, is wrapped in a traditional button blanket passed down through her ancestors. PHOTO BY MARK WEST

Violet Gellenbeck’s iPad pings: A family member on Facebook is asking for help in pronouncing a few words in Witsuwit’en.

Within seconds, Gellenbeck, 82, responds with a digital voice recording that captures her fluency of the rich and complex language of British Columbia’s Witsuwit’en people. She uploads the file and hits send.

It’s a simple interaction in today’s all-connected world. But for Gellenbeck and other members of Witset, a small, Indigenous community located in the Bulkley Valley just west of Smithers, that ease of digital connection represents something much more significant. It’s a modern-day lesson in community building and cultural expression taking shape in an ambitious plan to preserve and revitalize their ancestral language.

“This is the way our ancestors have always viewed teaching young people about our history and culture,” said Gellenbeck, a Witset Elder, language mentor and respected knowledge keeper. “In order to fully understand the Witsuwit’en territory, history, culture, traditions and hereditary governance, one must understand and speak the Witsuwit’en language”. 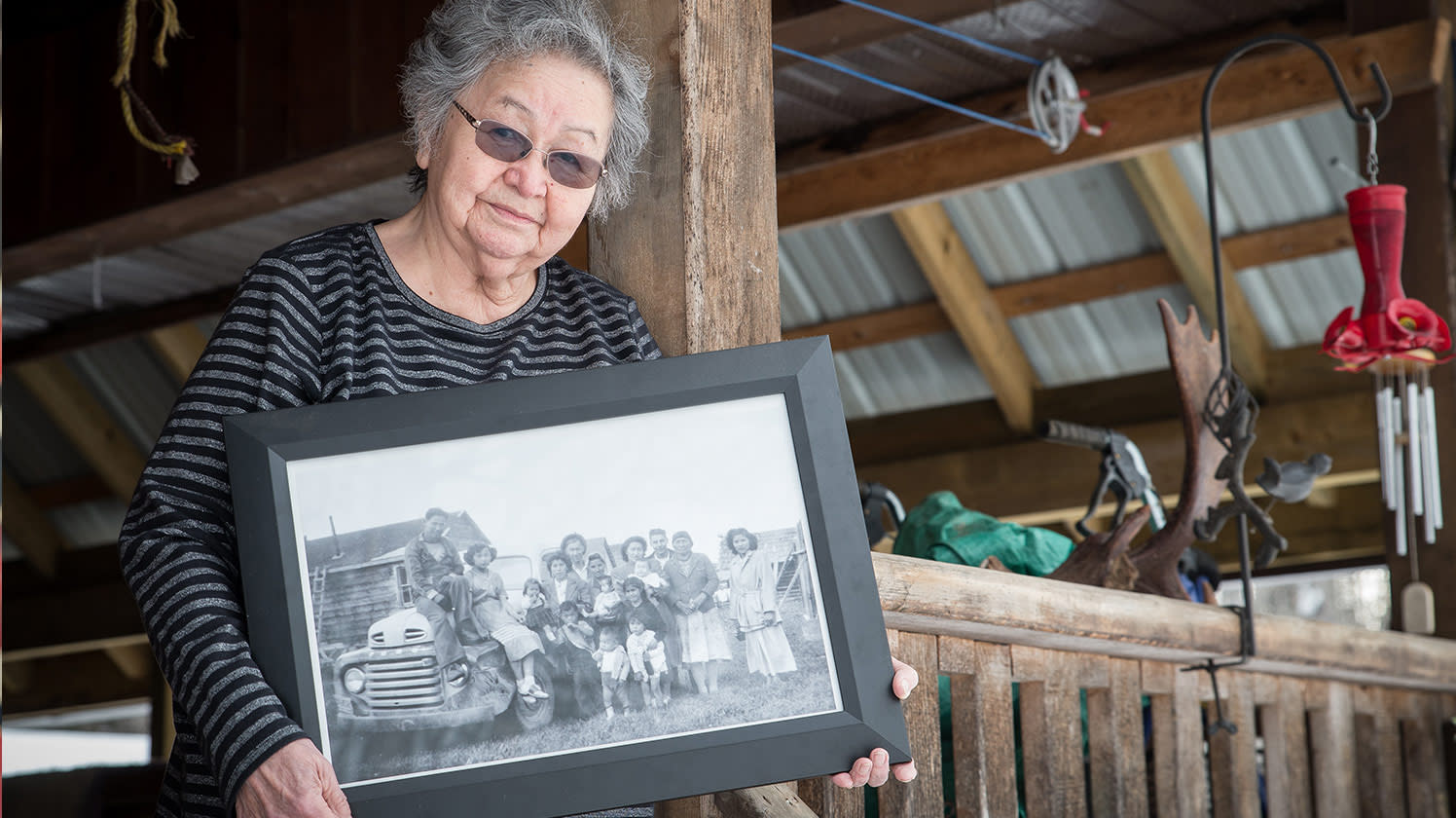 Violet Gellenbeck holds a framed photograph taken in the 1950s of four generations of her family, all fluent Witsuwit’en speakers. In the photo, Violet is pictured wearing a striped dress and sitting on the truck. PHOTOGRAPH BY MARK WEST

The language project comes at a critical time for the First Nation, as well as other Indigenous communities across Canada. Nationally, the number of people who speak an Indigenous language well enough to have a conversation is on the rise, but remains at about 3.1 percent, according to Statistics Canada. Among Witset’s population, fewer than 100 of 2,200 members can speak Witsuwit’en, despite extensive revitalization efforts by community leaders over the last 25 years.

Recently, however, that movement gained significant momentum with the arrival of next-generation fibre-optic connectivity to the region through Pathways to Technology (a project managed by All Nations Trust Company) and TELUS. The government-funded Pathways program is working to deliver affordable and reliable high-speed Internet to First Nations in B.C.

TELUS PureFibre vastly boosts internet speeds and, without interruption or lag, offers virtually unlimited data capacity. For Witset, the power of that connection has unleashed a storm of innovation in the form of new opportunities to connect fluent Witsuwit’en speakers with eager language students of all ages.

Among the most promising is a program offered to 30 daycare students as young as one year. Children spend the morning with Elders who teach them high-frequency words and songs through physical movement in a bid to develop memory retention. Funded through the First People’s Cultural Council, the lessons are free, along with a hot meal for the kids, as long as their parents or guardians take a night class each week to reinforce the language at home. 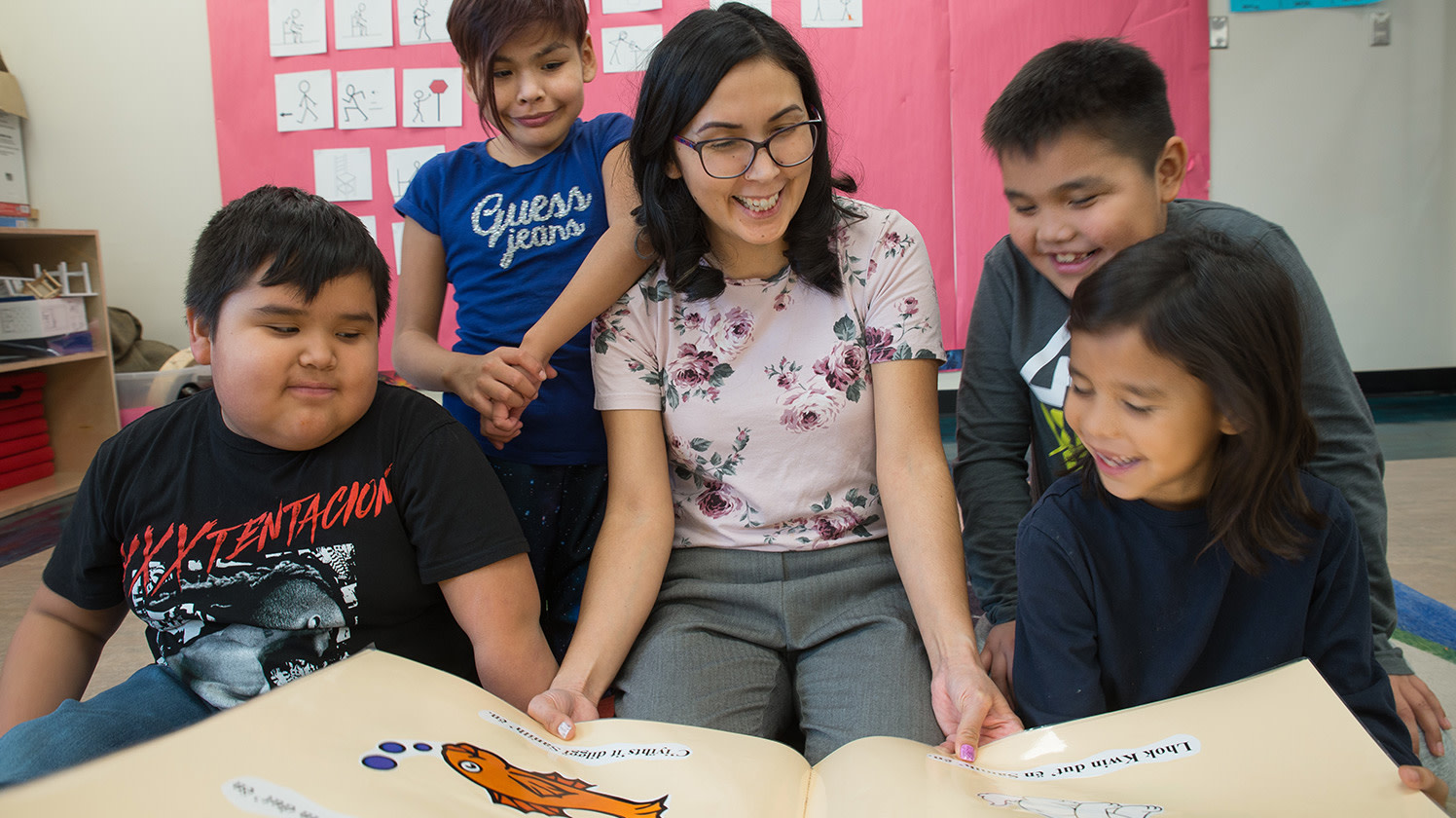 It’s already paying off. The children are absorbing the language so quickly that the daycare supervisor often relies on them to help her with words or phrases, rather than going to the Elders for help.

A three-month adult immersion program was also recently launched, with a proposal underway for a two-year program.

"I love it," said Lucy Gagnon, treasurer of the Witsuwit’en Language and Culture Society. “In my office, we encourage people to use the language as much as they can. People will come in and say, ‘b’in honzu’ or ‘good morning.’”

Critically, language learners can also now access vital online resources, such as FirstVoices, a website that allows speakers to upload written content, as well as audio and video recordings of words, phrases, songs and stories into a centralized database.

With fibre connectivity, more than 50 people are now enrolled in one of three Witsuwit’en language courses.

The non-profit Witsuwit’en Language and Culture Society, with funding from TELUS, has also digitized audio tapes of Elders speaking, while a linguist in Seattle is developing a digital Witsuwit’en dictionary, which will feature soundbites of specific words and phrases. In addition, a mobile app is in the works.

Bringing the language into everyday life is critical to revitalization plans.

“If we don’t do the work, the language is going to die and we don’t want it to die,” said Gagnon.

For TELUS, ensuring communities like Witset have access to the same world-class connectivity as Canada’s largest cities was no small feat. The rugged terrain, including mountains, rivers and deep valleys, was a significant challenge to overcome during the fibre build to the community.

On the line is more than high-speed internet connection. TELUS PureFibre to the area acts as a backbone to expanded wireless connection along a notorious stretch of Highway 16 known as the Highway of Tears, due to the number of Indigenous women who’ve gone missing or been murdered along the remote route. Improved connectivity means residents and visitors alike have more opportunity to use their smartphones in the area around Witset.

Gagnon was coming home from a Christmas concert recently when she came across a semi-trailer in the ditch. As the driver crawled out of the cab, Gagnon called 911 and an ambulance was quickly dispatched.

“Just to have that ability makes travel around here much better,” she said.

Businesses are also enjoying spinoffs. In a region that relies on seasonal tourism, the promise of fast and buffer-free access to Wi-Fi available everywhere from the nearby campground to local gas station has been a boon.

The Witset Band Office, an important local employer, has saved valuable time and money. Internet costs have dropped from $1,700 per month to $250, and administration staff no longer have to wait 10 minutes for a document to print, according to Gagnon. Additionally, band councillors have bought laptops and gone paperless; those who can’t physically attend a council meeting can now participate via Zoom or Skype.

And everyone is learning. The network has made it possible for the community’s young members to tap into online training and distance learning classes without having to leave their homes to get the education they need. At the local school, meanwhile, kids now have access to 40 tablets and 20 laptops, while the teacher uses a digital smartboard -- and with near-limitless fibre capacity, all can be run simultaneously with no buffering. 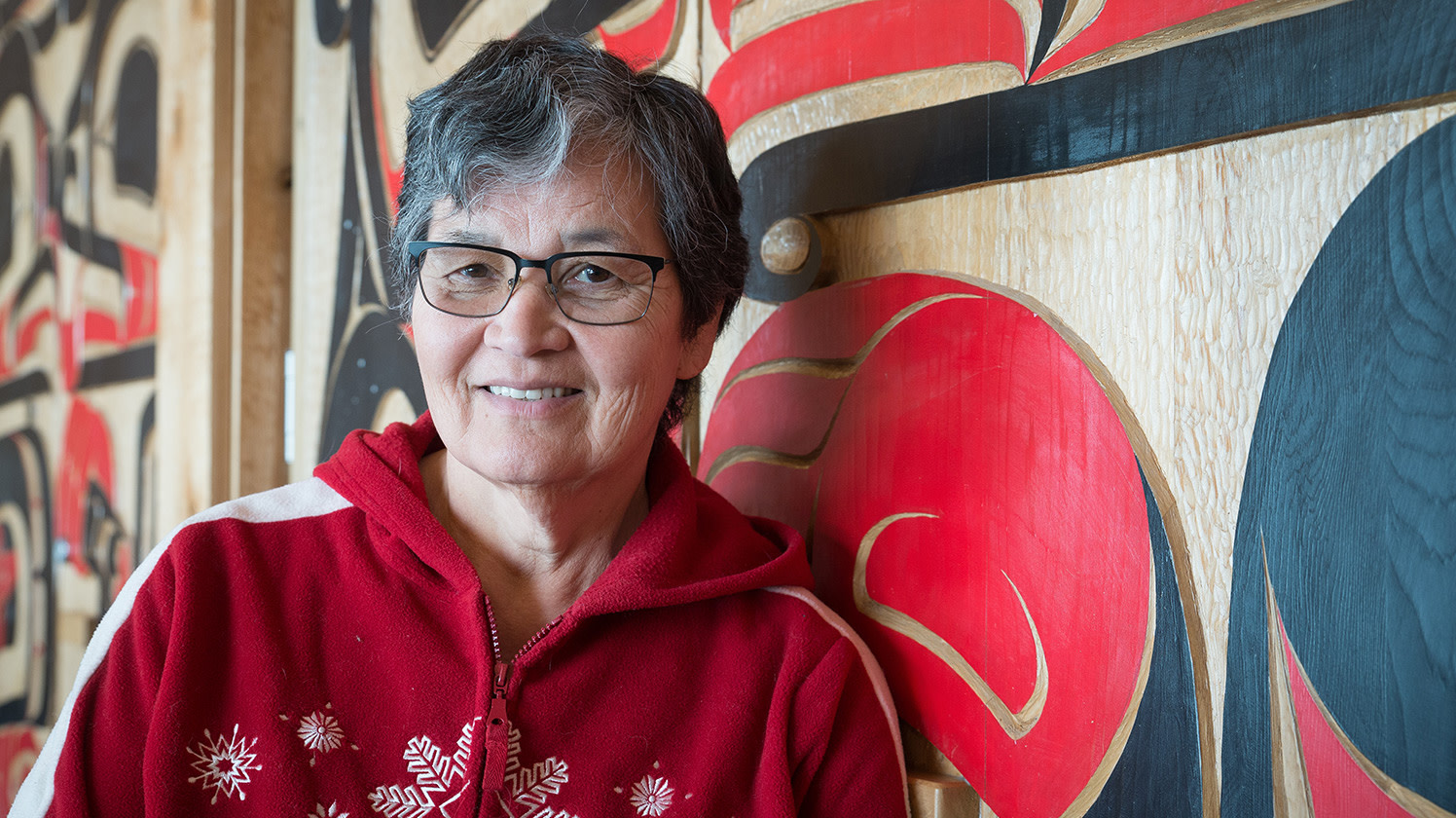 With a range of innovative programs now available in support of language learning, Lucy Gagnon is optimistic Witsuwit’en traditions will carry over to new generations. PHOTOGRAPH BY MARK WEST

“It’s been a really good thing for our community,” said Gagnon.

As for Gellenbeck, she is savouring the enjoyment of hearing her language spoken by so many -- including students as far away as Prince George and Vancouver who’ve heard of the language resources Witset has made available and want to learn all they can, especially from original Witsuwit’en speakers.

Gellenbeck said she is also picking up new skills as she dives further into the digital world.

“I don’t know what it would be like if we didn’t have high-speed Internet again. We’re able to share so much more than we ever did,” she said. “We’re able to use Skype to do remote teaching, access more program information online and connect directly with other First Nations across the county to learn what they are doing to reclaim their languages.

“The process has to continue, and it has to involve meeting the needs of young people growing up today. We can’t just teach the old ways. Having access to a computer has made a big difference.” 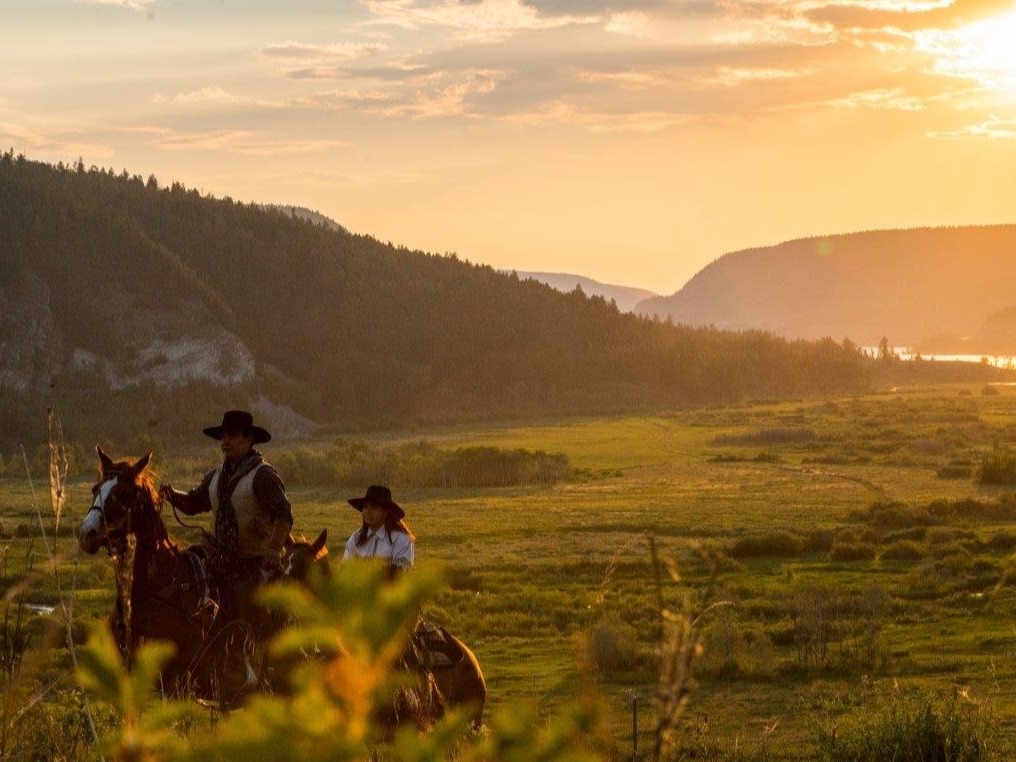