If you’re anything like most of our fellow Canadians, you’ve had enough of the new COVID reality. COVID-19 fatigue is sweeping the country, especially among young people. Let’s work together to keep each other safe.

Last week, I watched my local news with a mixture of frustration and dismay. Hundreds of young people were gathered at a nearby beach for a drum circle, exhibiting the exact opposite of physical distancing.

If you’re anything like most of our fellow Canadians, you’ve had enough of the new COVID reality. COVID-19 fatigue is sweeping the country, especially among young people.

Canadian health officials are begging young adults who are actively pursuing close physical contact to act responsibly. It’s now clear that the “under-40 set” are driving up the country’s average daily coronavirus case count, which is putting Canadian lives and livelihoods in jeopardy.

I’d like to provide you with a quick COVID scientific update and highlight why young people carrying coronavirus is a concern. Finally, I’ll consider why some don’t seem to care (most do, even if they don’t act that way) and how we can help them fully grasp what’s at stake.

Canada’s Chief Public Health Officer, Dr. Theresa Tam, recently told reporters she was worried about the upward trend in daily case counts although the increase was not unexpected. As the virus spread has slowed, provincial restrictions have eased and many of us who are tired of feeling isolated have ventured out again, eager to mix, mingle and more.

Because SARS CoV-2, the virus that causes COVID-19, is a novel coronavirus and infections are so widespread, our scientific understanding is growing every day. Unfortunately, rather than being viewed as helping to protect us and progress toward eradicating the virus, new information is provoking confusion and skepticism.

You will recall that initially, scientists thought that young people were not as vulnerable to the virus, masks were not generally recommended (outside of hospitals) and the virus was thought to spread much like other known coronaviruses.

Touching contaminated surfaces and then touching your mouth, nose or eyes with unwashed hands was assumed to be the major route of infection. However, recent evidence has strongly suggested that airborne transmission plays a major role in the spread of this coronavirus. This occurs by breathing in respiratory droplets from an infected person’s cough or sneeze, or being close by when they laugh or sing.

Despite our initial hope that youth was protective, younger people can get very sick and even die from COVID-19. Nearly one-third of infected 20 to 40-year-olds require hospitalization. However, another major concern is the risk that those with a mild or asymptomatic infection might spread it to vulnerable friends, family members, coworkers or customers.

These so-called “superspreaders” can infect dozens of people at a single event. For instance, there was a singing superspreader at a choir practice in Washington state who infected 52 people and a superspreader infected 76 at a wedding in Jordan.

The trouble is, we don’t know why some people are superspreaders and others are not. Perhaps some people have a greater “viral load”, meaning there is more virus present in their body, or perhaps they shed the virus more easily than others. Because scientists don’t know who is most likely to spread the virus, we must assume everyone has the potential to be a superspreader.

We’re also seeing increasing infection rates in those under the age of 20, which may be due to increased socialization in teens and sharing toys and playgrounds for younger children. This raises concerns because we know that a single match can ignite a wildfire of infections.

Most young people are concerned about COVID-19 and, in fact, recent data suggests they are even more vulnerable to the negative mental health impacts of this crisis than older adults. There are many possible reasons for this: they’re more vulnerable to job loss and unemployment, they’re unable to leave home due to financial barriers or the inability to move between provinces/countries, they can’t start in-person higher education and most are, by nature, social.

We often hear about young people feeling invulnerable, which explains why they take more and greater risks than older people. They come by their sense of invulnerability honestly because the ability to think ahead and think critically about the outcome of a decision is not fully developed

The brain’s prefrontal cortex (PFC), located behind the forehead, is our “executive” brain. It allows us to organize, plan, think ahead and critically think. On average, the PFC is not fully mature until age 25. Because that’s an average, that means some PFCs mature sooner and some later.

If you want to party and your executive brain isn’t fully mature and you’re being asked not to party because of an invisible virus that you know most people your age won’t get really sick from, what will you do? Party.

How might you reason with your children, a friend or colleague who is over it? Calmly. Clearly. Succinctly. Just the facts, over and over again. Acknowledge that the situation feels really unfair and that you struggle with it too.

If possible, link the potential negative outcomes to someone meaningful without blame. For example, “I know this really sucks and I completely understand why you’re so angry about it. Unfortunately, if we all don’t do our part, someone we love could get really sick. If someone unknowingly spreads the virus to grandma at the grocery store, you know how devastated we’d all feel. We have to protect everyone’s grandparents.”

Incidentally, this is also why you have to tell your children the same thing over and over again, and they still don’t do it: it’s boring so they aren’t listening, it doesn’t matter to them and they aren’t thinking about the consequences. Closing the refrigerator door? They don’t pay for the groceries or the electric bill, someone else will close it

Yelling doesn’t help, it makes you feel worse. If you want something to sink in, they must put down their phone, look into your eyes and be informed of the problem (calmly), as well as the consequence, which should be on par with the offence. Then, you must follow through on the consequence. You must also be prepared to repeat the above 87 times. Eventually, their brain will mature. Until that time, keep calm and repeat.

The health and well-being of our community is our top priority, so let’s all continue to do our part and work together to keep each other safe. 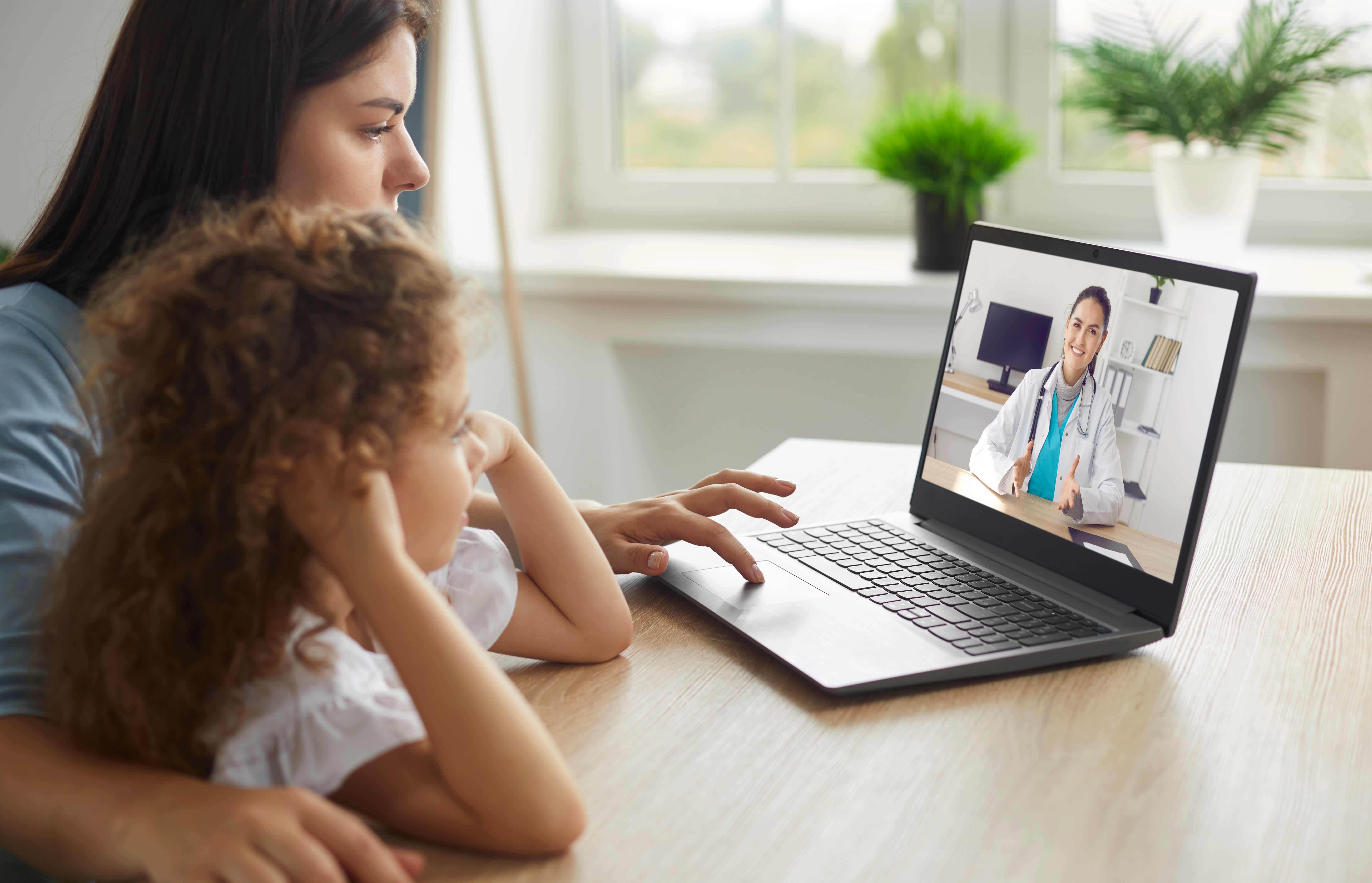 3 tips for getting care when you can't see your doctor 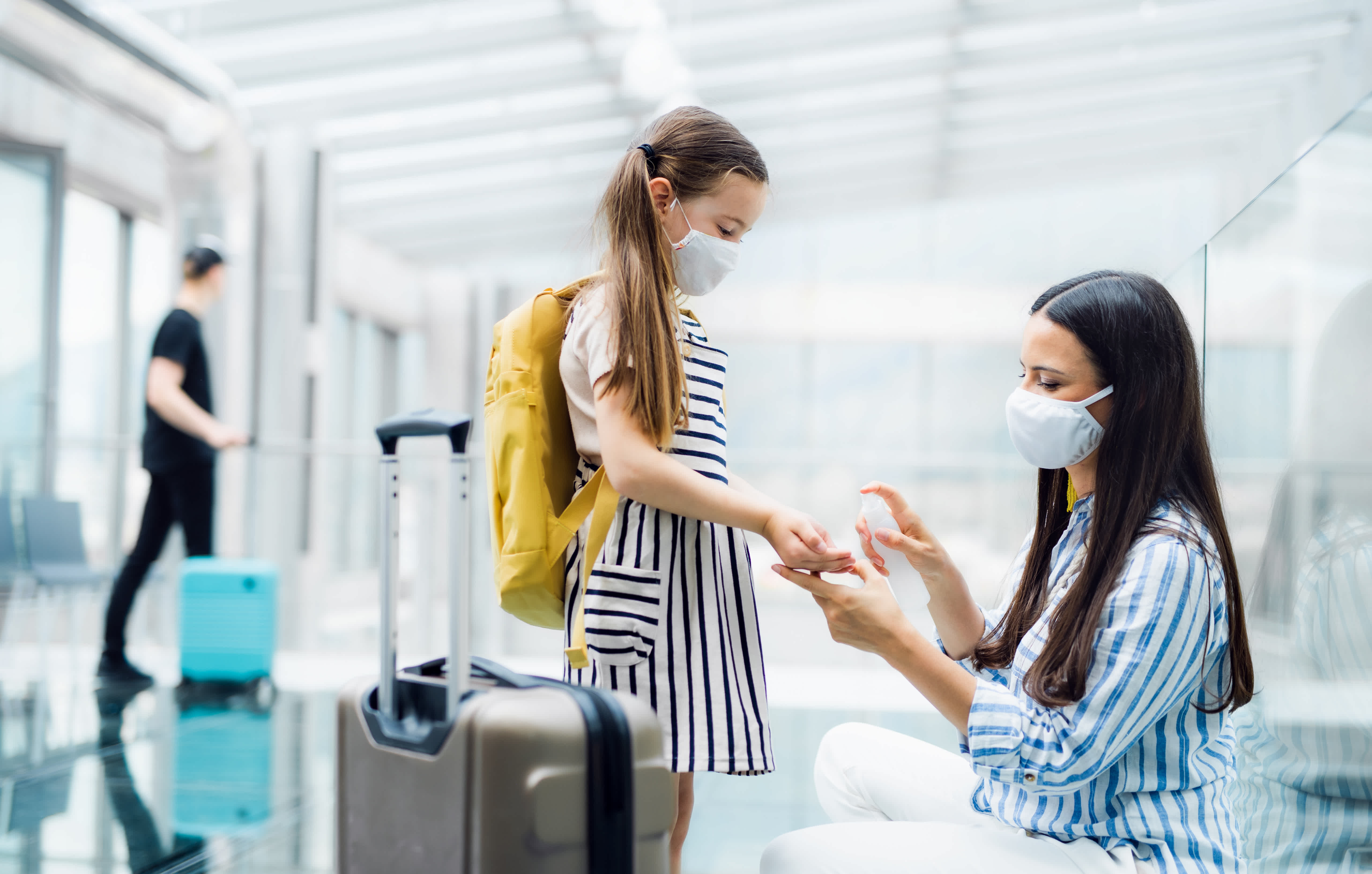 Safe travels in the time of COVID-19 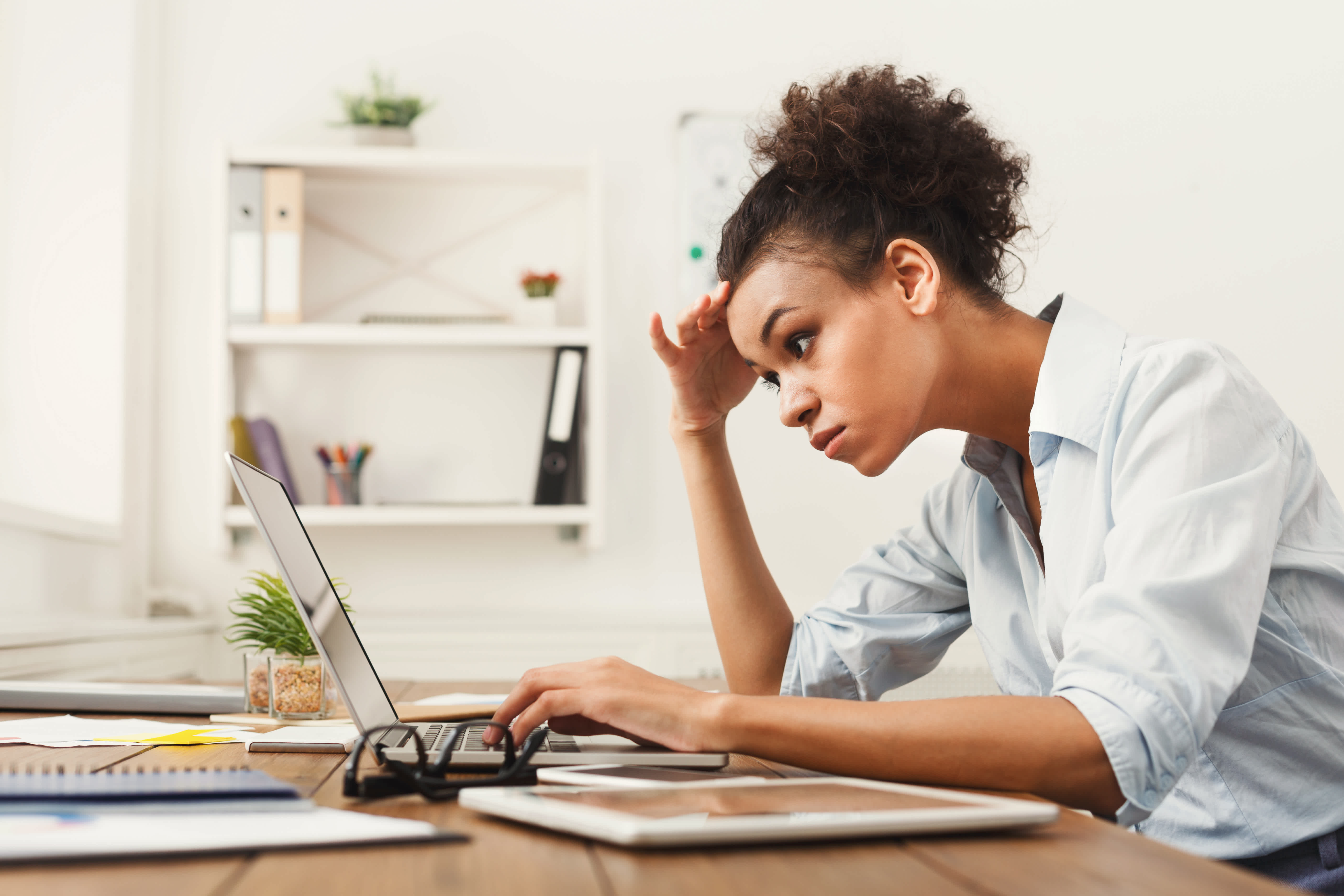 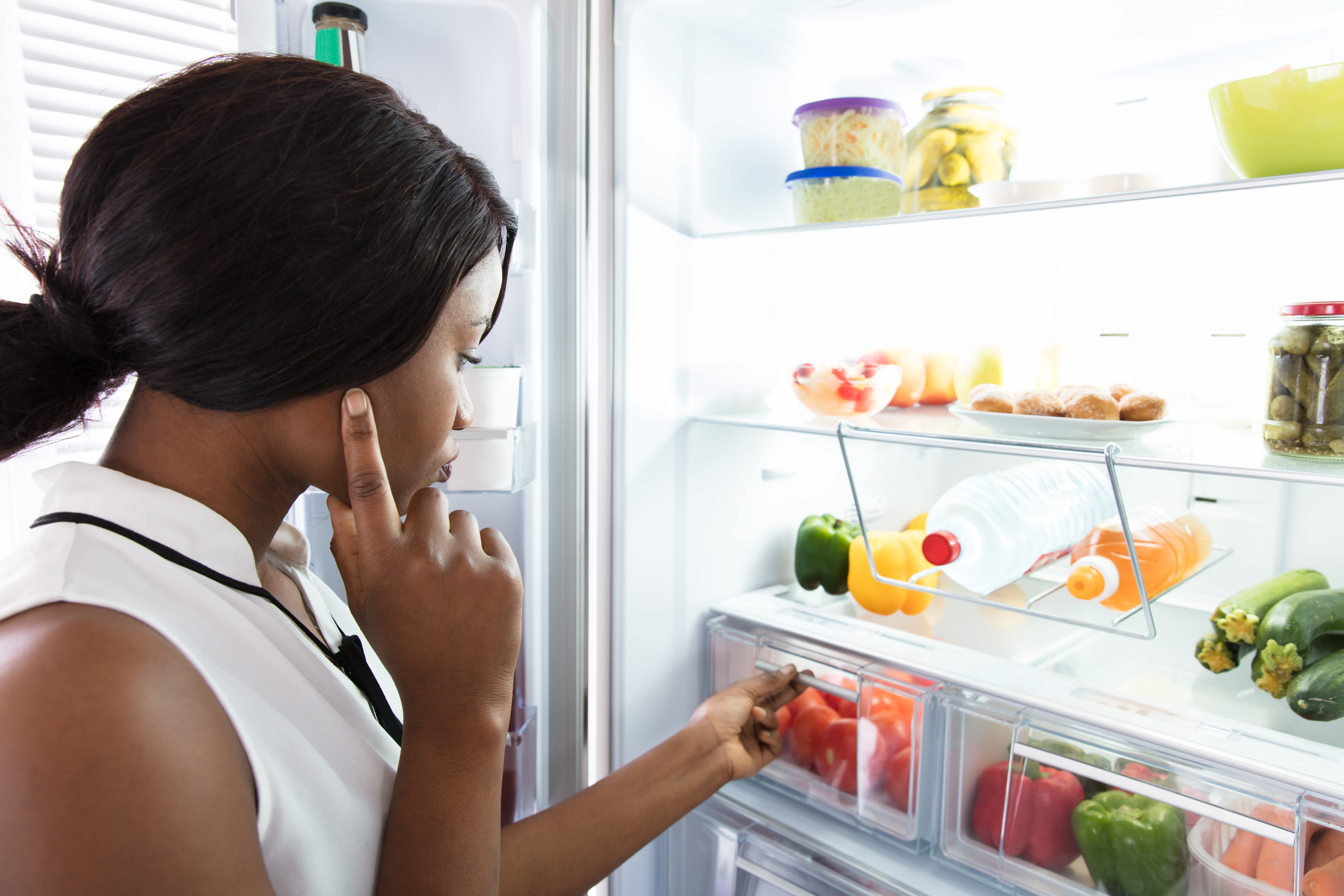 How dietitians can help with managing a chronic illness