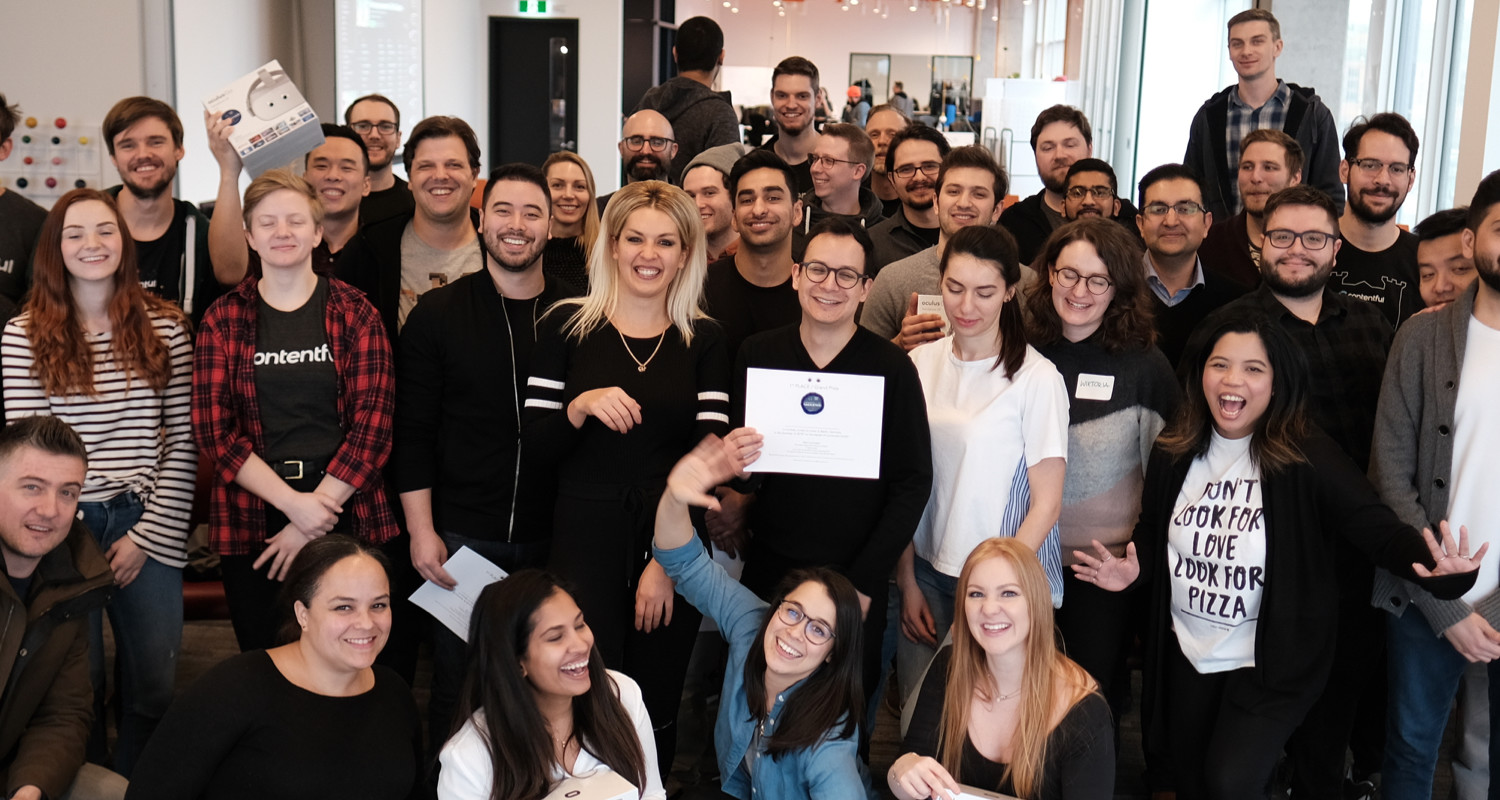 This isn’t your typical summer job. Rather than scooping ice cream or supervising swimmers at the local beach, Griffin and Sam are preparing to give a comprehensive presentation on artificial intelligence and machine learning to more than 400 TELUS team members from across Canada. Griffin shares that he’s, “a little bit nervous.”

Griffin is a computer engineering student at the University of Toronto, completing a co-op position with TELUS Digital. Griffin started the summer with an ambitious project—to use artificial intelligence (AI) to transform customer insights into tangible outcomes. Griffin was tasked with developing application programming interfaces (APIs) to action the valuable insights generated by the data science team’s machine learning models and unlock value for the customers and the business. His first two use cases to deploy into production included streamlining product recommendations and enhancing fraud detection.

When Griffin joined the team, he quickly started to grasp the power of AI to create personalized and secure customer experiences: “I knew I had an interest in [AI] but I had never had any sort of experience, so when I came in, it was kind of like a fresh start. Immediately, I realized the power of it and how much potential it has for a company.”

Despite the myriad of growth opportunities, Griffin shared that one thing would take precedence—customer privacy. “The top priority is making sure everything we’re doing is responsible and that privacy and security are being respected,” he says. A large part of his role became ensuring the data trust office has signed off on everything: “Someone should own their own data and what they want their data to be used for. It’s a powerful thing.”

During his time at TELUS, Griffin learned how to work in a collaborative team environment with a group of highly skilled TELUS ML engineers and data scientists. Griffin also had the opportunity to work with Sam, an exceptional student who was simultaneously completing TELUS’ summer internship program.

Sam is a recent high school graduate preparing to start a double degree in math and business at the University of Waterloo and Wilfrid Laurier University in the fall. Sam assembled a list of skills that placed him firmly in the ranks for the TELUS summer internship.

Sam sought to simplify the path to production by building synthetic customer datasets that could be used by TELUS’ ML engineers and data scientists to build AI programs without real customer information. The current privacy process for building ML models can take upward of three months in an effort to protect customer data. Sam examined the challenges with optimism:

Privacy is definitely a difficulty in AI because in order to make predictions you need a lot of information. The current privacy process is a bit lengthy and quite complicated, so in the future, presumably there will be more clear processes in place and synthetic data may be a large part of that.

Sam didn’t know what to expect coming into his first internship, but he was elated when he realized that his summer project promised real change for TELUS’ future: “The project they came up with was nice in that it’s an actual [project] that could make a significant difference and enable the team members, which is something you might not necessarily expect to be given just out of high school.”

The projects Griffin and Sam worked on during their time at TELUS were a substantial part of their experience with the company, however, the team and environment were arguably just as significant. What’s it really like to be an intern at one of Canada’s largest telecommunications companies? These ambitious young students walked into their first day and joined a team of data scientists, strategists, and engineers hoping to gain experience, new skills, and support. “It’s such an excellent environment, in terms of the support that everyone around you provides. Enablement is such a core value,” Griffin shares. He reflects on his interactions with the team:

Everyone around you comes to you and they say, ‘Hey, do you have any blockers? Do you have anything in the way of you producing your maximum value?’ I think that’s an effective form of management, where you want to make sure every team member is producing to the best of their ability and being able to clear obstacles off their path.

Sam acknowledges that building ML models and overcoming lengthy processes takes constant reassessment and adaptation. He wanted to work with a team that could keep up with the challenges that were presented and efficiently overcome hurdles. “I found it to be a very good environment to work in,” he says assuredly. “It’s definitely interesting work. It’s nice to be in an agile environment that works with my mentality and how I work,” he adds.

There are few co-op students granted the opportunity to see the capabilities of AI and ML unfold in a real-world setting. Griffin and Sam are at the forefront of a greater conversation about ethics in AI and how to navigate the complexity of customer data protection, centralized approval, and establishing agile internal processes.

When asked if the internship enabled growth for Griffin’s future career, he replied with excitement: “Absolutely. The machine learning team was in its infancy when I first started. Rather than just being instructed, ‘okay do X, Y, and Z,’ I got the opportunity to explore the landscape of what the team was doing and find my own place.” He plans to carry his newfound skills into the school year and learn more about software architecture.

Sam was happy to work with AI application in a business setting before applying his skills at school: “There’s definitely quite a bit of tactical stuff you can learn in a real job environment. The practices involved with development, like learning about how privacy is a major process, and how that process works, is something you’re not really going to learn in school.”

Sam started his internship with a limited understanding of how AI works in a business setting. He left TELUS with a developed set of skills that make him a strong asset to a variety of companies seeking to further AI application in their business. His intelligence, expertise, and applied training will allow him to excel in his chosen profession and create real change in the industry.

Griffin and Sam were asked to showcase their work at the weekly roundup to hundreds of receptive TELUS team members. “[I’m] really excited for the opportunity to explain what I’ve achieved in the short time I’ve had here,” Griffin says. He hopes that the team of data scientists will continue to push the development of intuitive APIs to deployment while he completes his school year.

Sam contemplates his future succeeding the internship: “Actually working in [AI] is the best way to understand what it would be like to do.” With his first year of University on the horizon, he isn’t rushing into any conclusive career decisions. He believes his experience at TELUS opened doors for his future and gave him a better idea of his own potential: “I feel like it’s beneficial to see the variety of potential jobs I can do, it definitely helps because it’s an area I’m interested in.”

Griffin and Sam concluded their time as summer interns by delivering an eloquent debrief on their work. This coming fall, the TELUS’ ML engineers and data scientists will be able to use Sam’s synthetic datasets and Griffin’s APIs to more easily deploy ML applications to production, driving better outcomes for our customers and business.

Evidently, an internship or co-op placement with TELUS is not a sideline seat, but rather, an opportunity to be an integral part of the team from day one. The company culture encourages ideas that are capable of shaking up conventions. Griffin and Sam came into their respective positions without preconceived notions about how things should be. The existing team saw this as an opportunity to introduce a new generation of enthusiastic, computer literate students to the big picture.

In the long-term TELUS will become an AI-enabled organization that uses smart machines to augment human capabilities through reason and interaction. This will not only increase operational efficiency, but enable top-tier business objectives by freeing up time to focus on customers, increase speed to market, and scale this swell of capabilities across all functions. The big picture is one that paints artificial intelligence as a central character and allows business objectives to flow more efficiently from inception to completion with the help of superior technology.

An AI program will soon be integral to nearly every organization’s business functions, so what makes TELUS different? TELUS is committed to responsible AI and the assurance that every team member involved with the AI initiative is cognizant of this commitment. With talent, prowess, and integrity, Griffin and Sam are a reflection of what’s to come. When they choose to build responsible AI, they bring humanity to the machine. As they walk out of the TELUS office into their universities and promising careers, it’s hard not to anticipate big things from these capable students.

Do you think you have what it takes to be on #TeamTELUS? Apply today and reference this post in your application. Click here to apply!

TELUS Digital Team
Leading the digital revolution at TELUS
We enable our customers and team members to do what they want easily.

My journey growing my career in Data Analytics through JADE 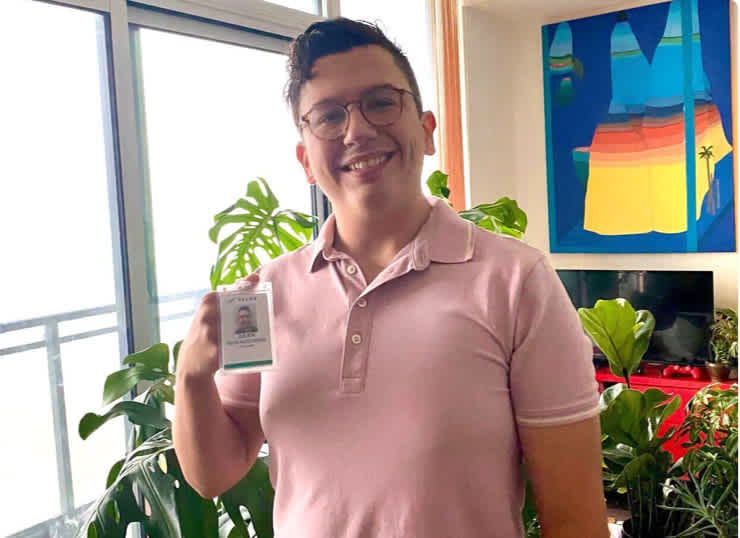 From Science to Tech: Transitioning my STEM Career Through the JADE Pr... 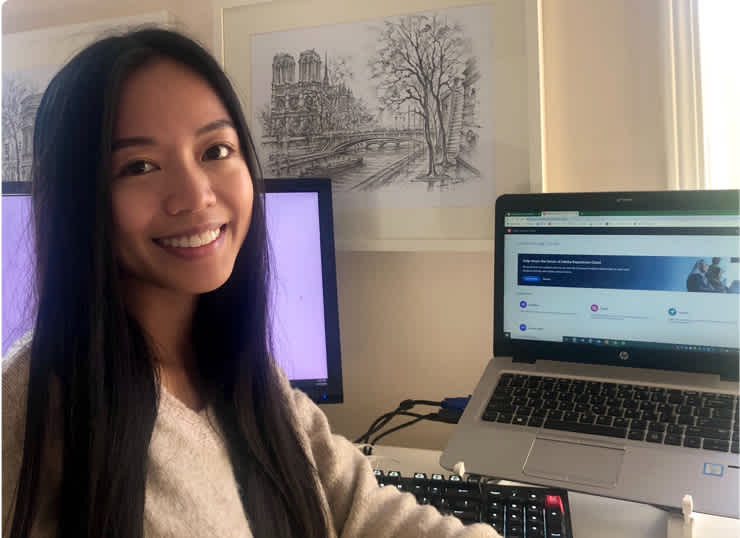 Growing my career in data analytics at TELUS Digital: Chedy